Down Syndrome Day: 21 March – a time to celebrate 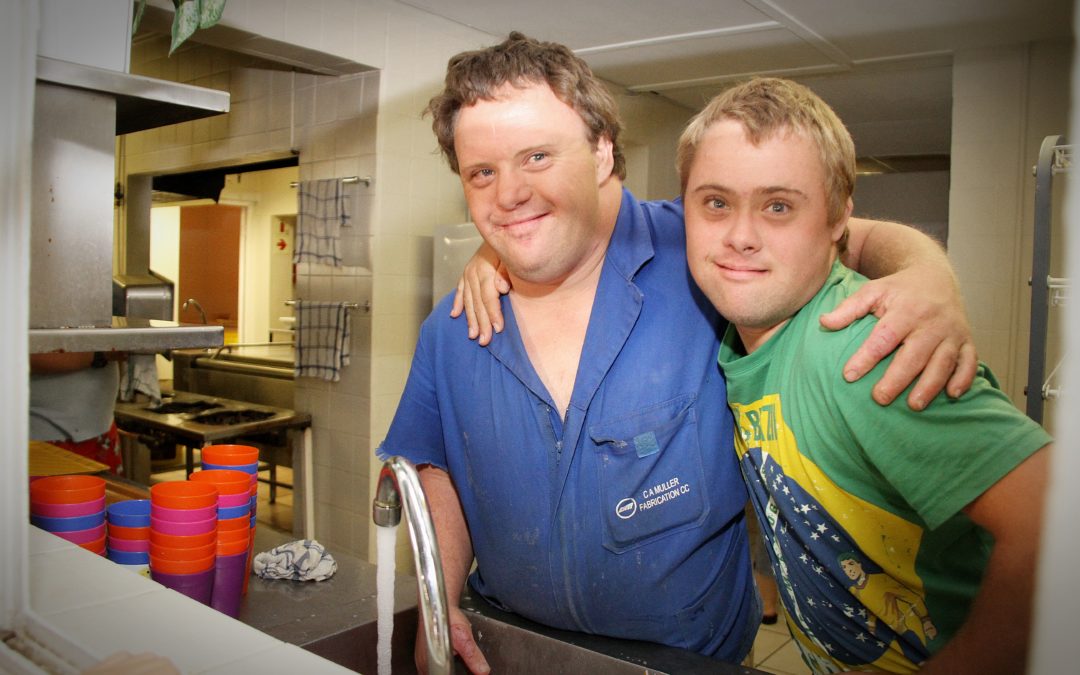 A few years ago, high accolades, achievements and awards for intellectually disabled people were rarely thought possible. No more so than for those suffering with Down Syndrome who were often relegated to minor or simple jobs in sheltered environments. But that is the case no longer. As we approach Down Syndrome Day on 21 March there is much to celebrate.

While there is no cure for Down Syndrome – a genetic disorder caused by the presence of all or part of a third copy of chromosome 21 – many people with the condition can, with good therapy, training and determination, go on to meet a range of challenges and achieve a satisfying and independent life.

To prove this, South Africa has produced several successful and influential stories of people with Down Syndrome who have managed to attain goals and recognition that far exceeds that of many ably fit people who have not had to deal with challenges delivered by accident of birth. It is good to know that there are several amazing people with Down Syndrome who have succeeded against all odds. They are an example and a lesson to us all.

Victoria is a 21-year-old Morningside resident who completed her matric with Brescia House School in 2017. Victoria always had a passion for modelling – and so she enrolled with The Model Academy where she successfully completed a six-month modelling course that covered two catwalks, a three-day photographic modelling course, as well as beauty queen and pageant modelling courses.

Inspired by Australian fashion model Madeline Stuart, who also lives with Down Syndrome, Victoria worked diligently to make a name for herself as a professional of excellence. She recently found herself invited to visit M Missoni in Milan – an Italian fashion boutique known for producing colourful knitwear designs. It was the most exciting time for the young model as she found herself working for the fashion store alongside other M Missoni models, and promoting their show at the 2019 Milan Fashion Week.

She has also attended a garment design course with South Africa designer Isabelle Lotter at the SIES!Isabelle Studio, sponsored by Empowered Versatile Enablement (EVE). But she says her highlight was her debut show at SAFW (SA Fashion Week) 2018. She says proudly: “I got to model garments that I designed with Isabelle Lotter from SIES!Isabelle.”

Heading for international climes, Victoria says: “Always believe in yourself. You have what it takes. Never stop smiling and shining.”

Sheri has received so many numerous awards, that it is positively jaw-dropping. She has lived her life with the aim of improving the lives of those living with Down Syndrome. She has gone above and beyond in seeking to change society’s perceptions of people who are intellectually disabled. Her dedication is outstanding and her achievements notable, applaudable and astounding. Here is her extraordinary list:

Mahlodi attended New Horizon School for Specialised Education from the age of seven and left the school at 21. Her love of table tennis saw her take her sport to national level in 2012, and soon she was receiving medals at every national competition in which she participated.

Being born with Down Syndrome has not stopped Polokwane’s Mahlodi Nkadimeng from following her dream to become a champion table tennis player. She has gained international note by representing her country in world championships in Portugal and Italy, as well as at the first World Table Tennis Championships in South Africa during 2015.

The only female South African player invited to the International Table Tennis Championships in Portugal, she managed third position and received the Bronze Medal. 2015 saw her as the number one player for the National Table Tennis Team at the World Championships for people with Down Syndrome in South Africa. She achieved third position in the singles and was a winner in the women’s doubles.

Year 2016 brought more achievements as she became the number one player of the National Table Tennis Team at the first Trisome Games (Olympic Games for People with Down Syndrome) in Italy, where she came third in the doubles and also third in the team events. Next came Madeira where she reached the women’s singles semi-finals.

There seems nothing that can stop this determined, focused and passionate player, who likes to take time out to help and encourage others. She is seen by trainers and peers alike as ‘a strong-minded lady with a pure character.’

Twenty years ago, Chris and Lynne Bennett, parents of a young girl with Down Syndrome, pursued their dream of establishing a home for their daughter and other intellectually disabled young adults in the Western Cape. Together with other parents, they founded the Sunfield Home in Wellington, providing a loving and nurturing environment for over 100 residents and day-care adult individuals.

Each individual is screened to evaluate their strengths and allocate activities according to their abilities. A protective workshop has been established where contract work is undertaken, as well as arts and crafts activities. An employment scheme has also been developed for residents.