Nice to meet you: Marie Baadjies 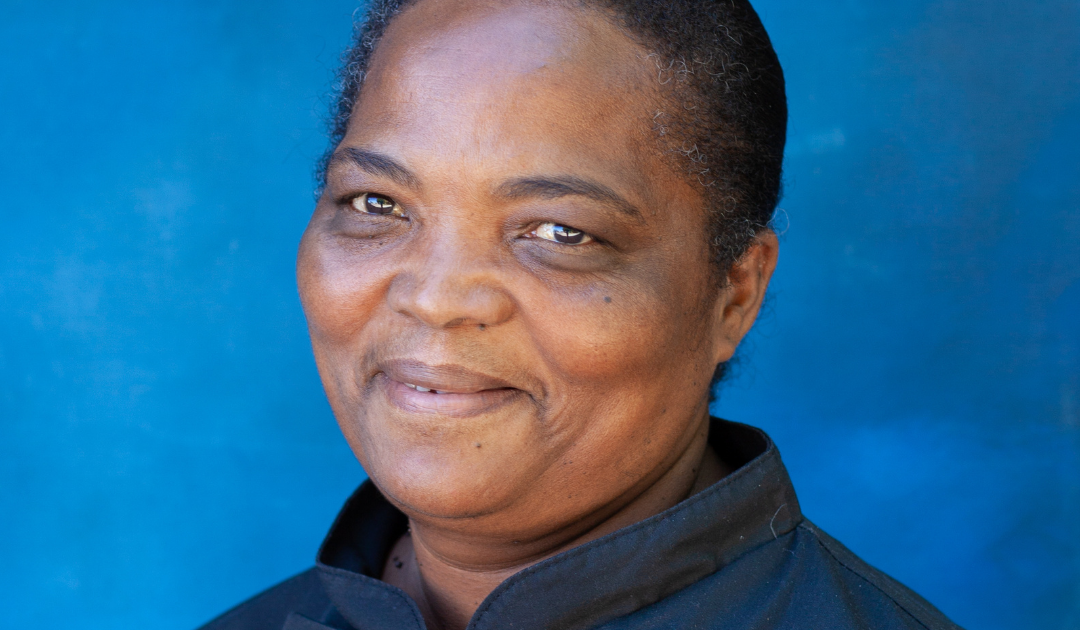 From the get go I could hear that Marie Baadjies is a devout Christian.  One that testifies that she takes life head on with God by her side.

She was born and grew up on a farm in Wellington and also received her schooling here. Since her parents struggled financially, she had to leave school early and was forced to go and work.  Marie worked as a domestic worker in Constantia and then joined Boland College as cleaner and later also worked as their chef.  She worked there for 13 years.

When Marie was 6 years old, her mom left their home temporarily and she had to learn to cook while standing on top of a crate in front of the stove. This taught her to be very independent from an early age.

She joined Sunfield Home in 2006 after some friends, who also work here, referred her. She prayed that God would give her the right position.  She enjoys her work as chef to prepare various meals as well as baked goods.  She prepares everything with love and enjoys to see how much the residents appreciate it.

She adds that one has to have a lot of patience, love and respect in order to journey with the residents.  Their memory span is short, but they apologise easily and also forgive as quick.

Marie says: “We have so much to learn from disabled people. They are the most loving people that you will ever meet and makes me very positive.”

Marie has two sons and two daughters of which one is disabled.  He was born prematurely at 5 months and had water on his brain which affected half of its functioning. His one leg is also shorter than the other one.  He is 26 and Marie thanks God every year for adding yet another year to his life. She tries to steal his heart every day and to make him feel appreciated.  Her daughter is married and her other son and daughter also works.

Her dream for Sunfield Home is that everyone should join hands and deepen their relationship with God and that their work will show love and compassion.

Food: Everything except crayfish or abalone

Her dream is to take her children on a holiday at the beach – one that we sincerely hope will come true!