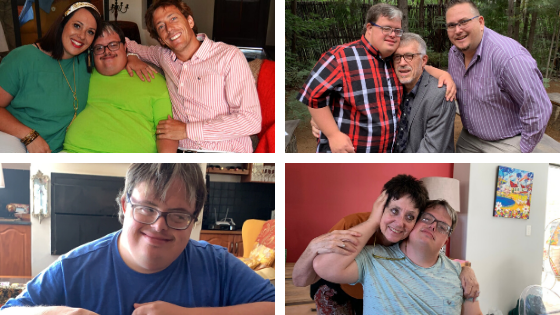 “Rory is our shadow and our anchor to reality. A reminder to what life is really about. We keep our heads held high despite challenges, sometimes with much effort, but we get there.”

Rory (30) has been a resident at Sunfield Home for 12 years and is an adult with Down Syndrome. He grew up in Kimberley and attended school at Jannie Brink, a school for learners with Autism and Down Syndrome. His parents currently live in the West Coast. He is very close to his family and because of this he spends a lot of time at home.

His mother talks about him lovingly when she shares his character. “Rory is a big tease and because everybody does not always understand him, he sometimes makes enemies, yet his biggest desire is to have a permanent girlfriend, but his standards are very high! As an extremely loving person he often feels easily sorry for others, though he can also be quite stubborn which leads to frustration for those around him. He is very set in his routine, and so we are only allowed to braai at home on Saturday evenings otherwise he becomes very upset!”

Rory’s nickname is “Kleindok”. Everybody knows him and greets him wherever he goes. He thinks he is a doctor and walks around with a stethoscope around his neck. He accompanies his father on ward trips and even goes with him to the consulting room!

His mother, Rozaan, says that he has added tremendous value to their families’ lives and is seen as the glue that holds them all together and gives meaning to their existence.

Nothing else is as important as love. His brother and sister idolise him and would do anything to protect him. Though as a disabled person his limitations does sometimes place stress on those around him. His parents say that as extreme, hasty, busy and impatient people, they have had to learn a lot from him.

Rozaan’s message to others with disabled children is to remember that God doesn’t bring trials our way for no reason. She had found her purpose in life through Rory and was saved by this. She believes that we are never tested beyond our abilities and the advantages of having a disabled child far outweighs the disadvantages.