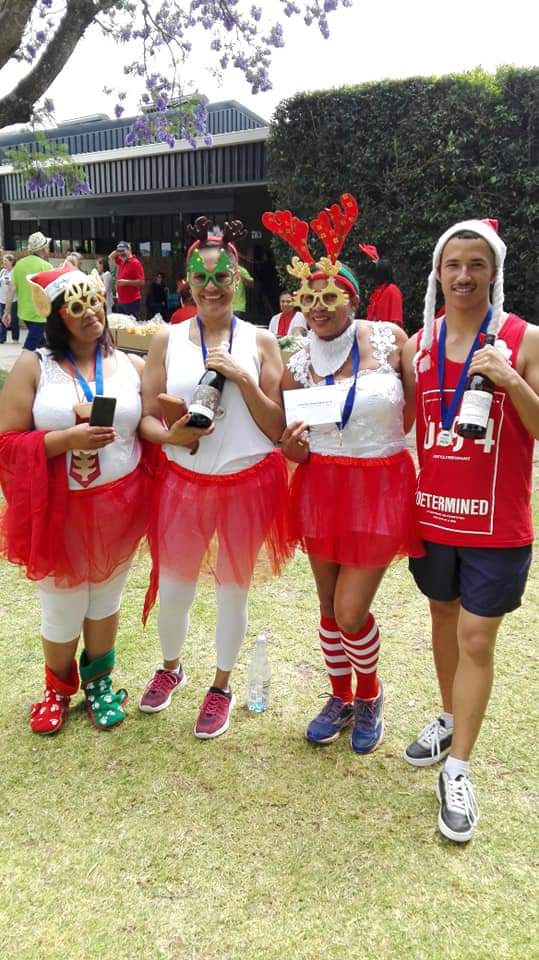 The Santa Run, the brainchild of Sunfield Home’s Executive Manager, Elmarie van Schalkwyk, aims to create awareness about the abilities of persons with intellectual disabilities, rather than focusing on their disabilities.  The community also had the opportunity to interact with and enrich the lives of the residents of Sunfield Home.

The campaign, which co-incides with the International Day of People with Disabilities, also serves as a fundraising initiative for Sunfield Home, a registered, non-profit company.   Sunfield Home relies on businesses, donors and the community to support their work and therefore also want to thank the donors who contributed to the success of the day.

Further gratitude is expressed towards the Mayor, Conrad Poole, Dr Elena von Schlict, Councillor Laurichia Poggenpoel as well as all the business and individuals who participated on the day.

The Santa Run was followed by a Christmas festive market, where Andriëtte Norman performed, and the public treated to sweet treats prepared by Sunfield Home.

Sunfield Home will continue with their #FocusonAbility campaign during December. Members of the public are urged to support the residents when they shake their tins, in amongst other, the Paarl Mall.